I finally saw Inside Out. And I say finally because I was so excited to see it, but I didn’t end up getting there until after opening day.

We teach our kids and subsequently our adults, that it’s only okay to be happy. We’re never allowed to show our fear or our pain and if we do, something’s wrong that must be immediately fixed. I’ve known for a long time that sometimes there is no fixing. There is only grieving and trying to heal, and sometimes, even though we have the best intentions, we fail and our sadness (or fear, disgust, anger, etc) overtake us. I’ve caught myself before telling Sophia to just smile and pretend to be happy because her crappy mood was bringing down everyone else. And man, what a shitty thing to say to a little kid. But we say it all the time. “If you’re going to be like that, you can do it in your room.” ” I just gave you X, why can’t you be grateful.” “Go hug your aunt, she loves you.” We are constantly forcing emotions on our kids that they just aren’t feeling. We’re teaching them SO young that in order to be successful people, they have to pretend to be these tiny little robotic entities that show just how great parents we are. And if they have any “negative” emotions, we are showing our frailty.

The thing that hurts me so much about this, is that the little girl in the movie had her parents to fall back on. Eventually, she fell into their loving arms and released her grief and despair and they accepted it and they were willing to work through her pain as a family. I know so many people who are unable to do that. Either because they feel as though they have no one to unburden themselves to, are because they are simply unable to reveal the fissures in themselves. 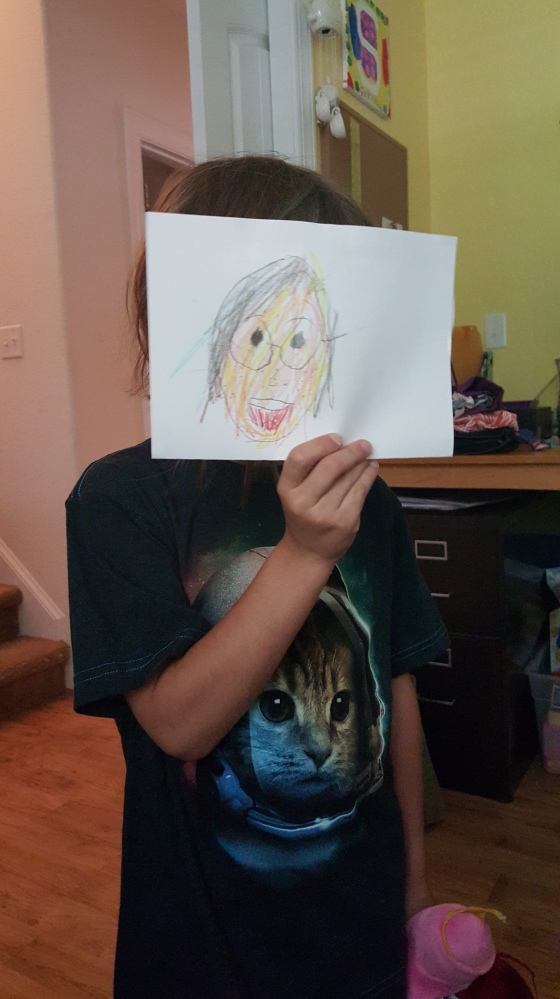 If you’ve been reading this for any length of time, you are well aware that my daughter has ADHD and a sensory issue. Something I DON’T talk about very often though, are her physical issues. She has a very weird and difficult to diagnose gastrointestinal disorder. I’m not going to go into details for the sake of her privacy and my sanity, however, I will tell you what it’s like to be bipolar and have a kid who’s plumbing isn’t hooked up quite right.

The emotion I feel the most often is guilt. I feel a crushing sense of guilt and defeat because I feel as though somehow, I am the one who did this to her. As though there was something I did, some great rage or lull I had when she was in utero that made her tiny parts come together incorrectly. Was it that time I had sushi? Or that time I fell into a depression and slept for three days? Maybe I laid on my left side too much and she got squished? What exactly did I do to hurt her?

Even parents who aren’t Bipolar suffer from these feelings of guilt. I think from the very first second you see that positive test, your guilt levels rise. For the rest of your life, your actions really have consequences that could ruin a life OTHER than your own. Scary.

Besides the guilt there is often a serious anger. Why my kid? With all the other things that happen in our lives, why MY KID? This feeling is always followed by that familiar weight of guilt the second we walk through the children’s hospital doors and I realize I have no idea what it is to truly suffer. At the end of the visit, I will walk my daughter right out of those doors again, get back in the car, and she will sleep, unencumbered by tubes and wires and beeping machinery, in her very own bed. The selfishness of my feelings is often overwhelming. How dare I be upset that there is this hiccup in her health? But don’t I have a right to be angry? There is no “winning” in this situation, just getting by.

Today, she is missing school because of her problem. This is the fourth time this year so far. And today, we are getting by. One hour at a time, but we’re getting by. 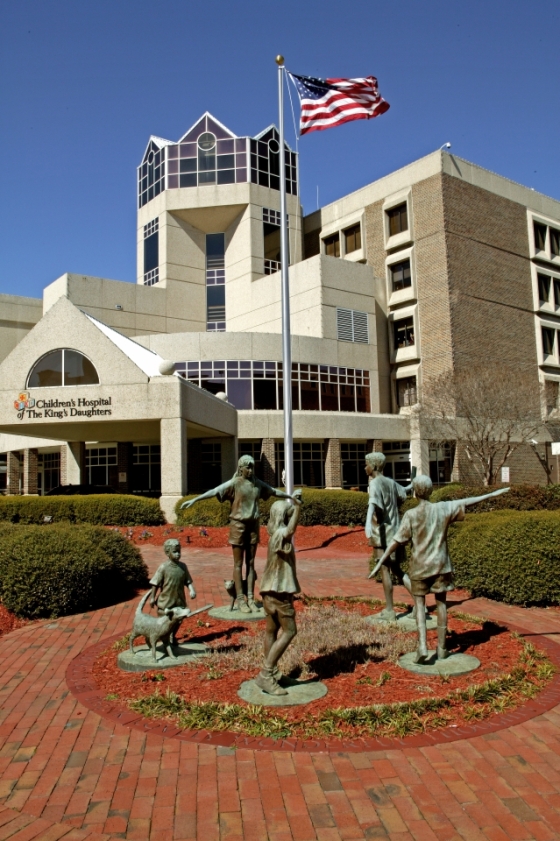 I want to pretend that yesterday did not happen. I wish I could erase it like chalk from mine and everyone else’s lives.

The day started out normally. Daughter had a sleepover the night before which equated to no one getting any sleep. The kids played in the morning, and in the afternoon, we all went to my parent’s home for a cook out. Direction: downhill. My daughter does not like to greet people. She doesn’t like to introduce herself, shake hands, touch strangers, or be the first to speak. She even goes to a social skills group that is trying (in vain, it seems) to teach her how to respond appropriately in these sorts of situations. Cook outs, or any family gathering, can be stressful. Will she greet her family today? Will she look her uncle in the eye? Will everyone just think she’s a rude brat? No two situations are ever the same and there is no formula for a good time with her. Sometimes, things fall in pieces around us and we are stupefied and can do nothing but watch it happen.

Eventually, she wound up inside the house, ignoring her friend and the rest of the family, under a blanket and being alone. She was given dessert on the couch, and after a while, I tried to get her to come back outside. “We will be leaving soon, you are running out of time to play.” Blank stares and whining followed this speech. I went outside. Time passes and suddenly, she is before me, wanting to play with everyone and engage with the family. “I’m sorry, but now it’s time to leave.” I could never have predicted the amount of fury and emotion that would come out of her at that point. And then; from me.

Back inside, I am trying to employ damage control. My own anxiety levels are spiking and I immediately feel as though I am pinned under a microscope. Walking into the living room, I discover that she has left ice cream to melt into my parents couch, and cake and frosting like mouse droppings on the floor and in the cushions. I can’t say for sure, but this might have been the moment when I lost. My. Shit. At this point, I don’t know who was screaming louder: her or me. Suffice it to say, it did not end well.

At home, as a family, we sat down and discussed what had happened. How lately, there seems to be a trend of disrespect, slacking off and a general disregard and even disdain at the house rules and codes of conduct. We’ve been letting things slip and not following through on consequences for anyone. This is fairly typical in a depressive state. I don’t feel as though I have the right, the authority or the energy to enforce rules in the house. I consider myself to be a joke of a mother and, as such, am treated as one. It is interesting to me to see how my affliction trickles down and creates chaos. And of course, along with that realization is the: “boy, they would be so much better off without me.” Not that this is a serious thought, more like a passing banner in my mind. I know something has got to give, but at this point, I don’t know what that something is. And I’m terrified that before I get it figured out, I’ll lose my daughter entirely and all of her thoughts and memories of me will be miserable. 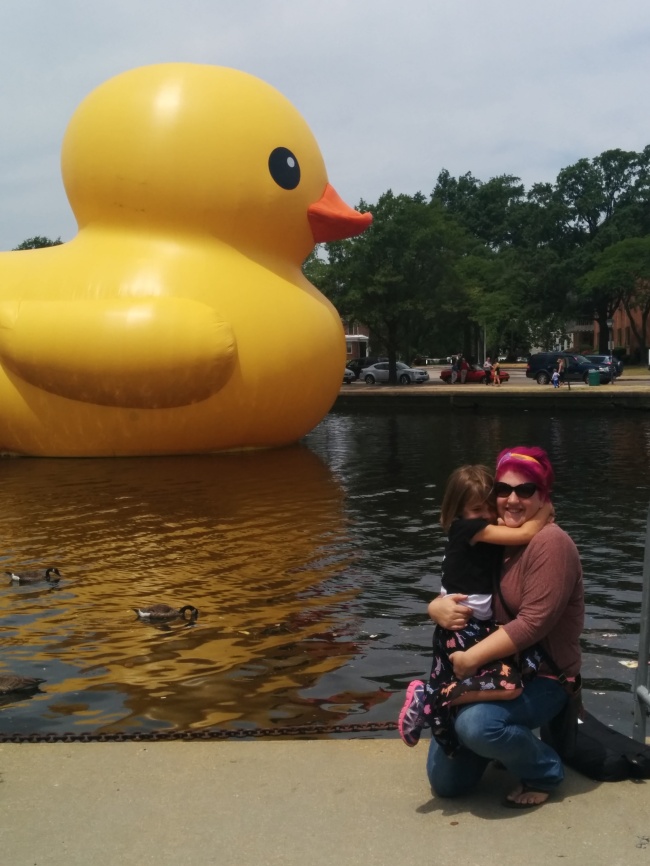 So, it’s been about a year since we received our daughter’s ADHD diagnosis. Here’s how it’s been so far:

At first we were giving her Clonidine at night so her brain would quiet down enough for her to sleep. It worked for a while, but her behavior during the day was unpredictable at best, terrifying at worst. We couldn’t do things other families could do: go out to dinner, see a movie, schedule play dates, etc. We lived in constant fear of her next outburst. At the turn of the year we took her back to the pediatrician because her school work was starting to suffer and she wasn’t developing socially. She had the body of a six year old, but the social skills of someone much younger.

Our pediatrician said we should try Adderall. Our hearts dropped. Who wants to put their kid on amphetamines? We felt like failures. I especially felt like a failure. What had I done in her babyhood to make her like this? It took a while to reach the answer. But here it is:

Nothing. Not a damn thing. We loved her and nurtured and disciplined when necessary. She ate a great diet and played outside as often as possible. She didn’t catch ADHD and she certainly isn’t less of a person for it. Was it hard to come to the conclusion to give her medication? Hell yeah it was. But, as my mother said; “You take medication to manage your Bi Polar disorder. Can you imagine if you decided one day to just not treat it? What would happen to you? To your family? People have diseases and they treat them. Will she be on it forever? Maybe. Is that the worst thing that could ever happen to her? Nope.” This was quite a revelation for me. And mom (as usual) was right.